The Wallonia Public Transport Museum (MTCW), previously known as the Liège Region Public Transport Museum, is housed in a former tram depot, built in 1904 to host and maintain the new rolling stock to be used to transport the many visitors expected at the World Fair in Liège in 1905. After serving as a tram depot (for the Société des Tramways Liégeois transport company) then a bus depot, the building was transformed into a museum in 1985.

The MTCW is one of three museums devoted to industrial archaeology in the Liège conurbation (alongside the Metallurgy and Industry Museum and the Mining Museum in Blegny-Trembleur) and the biggest transport museum in Wallonia in terms of size, activities and visitor numbers.

In 2012, the MTCW received the “Three Suns” label from the Tourism Commission and since 2014 has been recognised by the Wallonia-Brussels Federation as a category B museum.

Enlightened and resolute enthusiasts at the roots of MTCW

The history of the Public Transport Museum started long before it opened. From the 1960’s, enlightened enthusiasts undertook to preserve the first decommissioned electric locomotives, which were genuine testimonies to (often Belgian) know-how of exceptional quality. For the transport companies, at the time the value of this heritage was merely in terms of its use as scrap metal…

Progressively, associations of enthusiasts came into being (such as the AMUTRA, an association promoting a museum for the tram, or the GTF, the Belgian group for promotion and touristic operation of rail transport) and the plans for an urban public transport museum started to take shape. The project came to fruition in 1985 during a year declared by the Transport Ministry of the time as “the year of public transport”.

On 25th April 1985, the museum was inaugurated by the Transport Minister, Herman De Croo. The “Liège Region Public Transport Museum” non-profit-making association was founded, bringing together a number of affiliates: the Liège region transport company STIL (Société des transports intercommunaux de la région Liégeoise), the Verviers transport company STIV (Société des Transports intercommunaux de Verviers), Belgian railway company SNCV (Société nationale des chemins de fer vicinaux), The Transport Ministry via the PTU (an organisation promoting urban transport), the Museum of Walloon Life, the GTF (Groupement belge pour la promotion et l’exploitation touristique du Transport Ferroviaire) and the AMUTRA (Association pour le Musée du Tramway). At the time, twelve vehicles were displayed, restored thanks to the funds of the PTU, accompanied by several plates and a historical presentation of the public transport networks in the Liège region. The museum was staffed by volunteers and managed by the STIL’s public relations department. It was first and foremost a museum created by and for enthusiasts.

The move towards professionalization…

Little by little, the management became aware of the necessity to make the museum a professional operation and to develop it. In 2010, a three-year plan was drawn up in order to galvanise the museum’s activities and to develop its purposes (preservation and development of collections, research, communication and education), with the aim of gaining recognition from the Wallonia-Brussels Federation. In tandem, a new scientific and cultural project was established with the goal of situating the history of public transport within the wider context of the development of urban mobility.

Over just a few years, the MTCW has managed to broaden the scope of its target public, activities and collaborations. The team has constantly developed ambitious outreach projects (such as exhibitions, learning programmes, events, etc.). By shedding the light of history on the stakes of today, the MTCW has now become a venue for meeting, thinking and debate, open to all horizons, focused on urban mobility and passenger transportation. 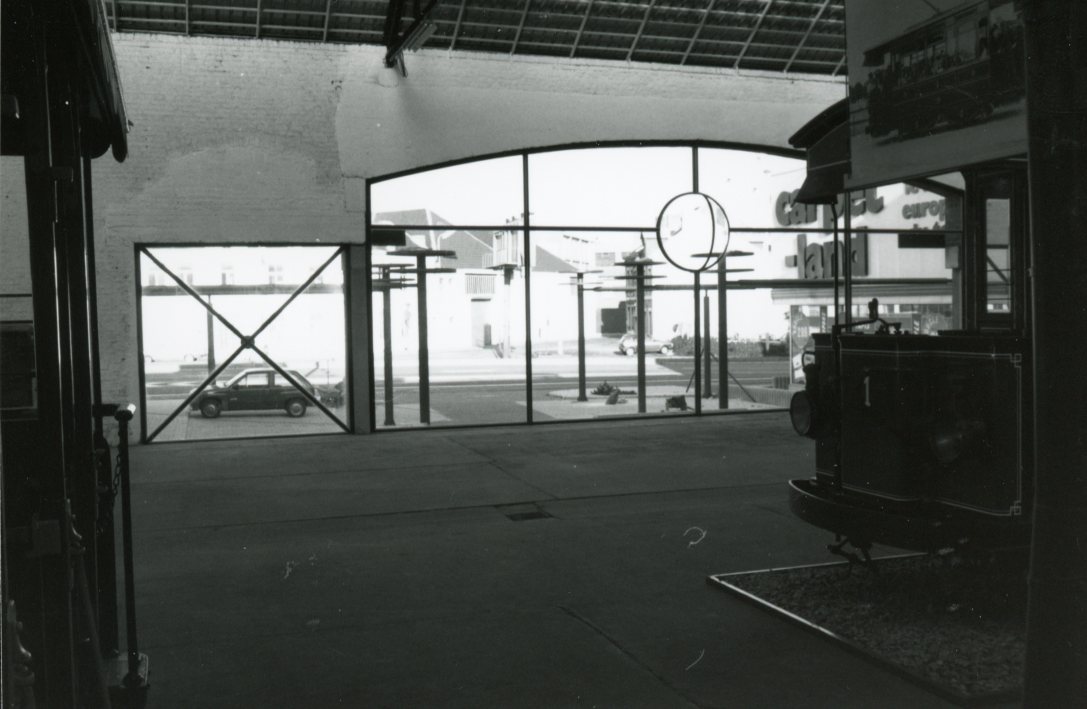